Encircled with love from family and friends

Thank you for the thoughts and prayers that have encircled Hillary over the last several days. I can physically feel your angst as you await an update on her status.

The first six days of Hillary’s immunosuppressive therapy were not without incident, but they were pretty manageable in terms of what could potentially happen with this treatment — some hives, sore ankles, and mood changes. We were able to make crafts and read while lying in bed for her six hour daily infusions. She was a little disappointed when she swallowed a loose tooth, but she and Molly Penny figured it out with research and letters to the tooth Fairy. She was happy. Her doctors were very pleased. She was rockin’ it, as evidenced by her tweets.

But on Day 6 (Sunday), late in the evening, Hillary experienced a severe reaction. It was like a light switch went off, and Hillary felt as though her brain was melting. The long and extremely violent event (exacerbated by the steroids) sparked a spot call (emergency) in the hospital to bring experts to her aid as they tried to alleviate her symptoms. We called family to her bedside. It was unspeakably terrifying.

Thanks to the fast-actions of nurse Judy (whose paisley scrubs and kind eyes are forever ingrained in my memory), Hillary received several doses of morphine, lorazepam, some blood pressure medication, and a life-saving platelet transfusion. Words cannot express the relief felt when you hear that blood is available in your child’s blood type from the blood bank, ready to use. It gets me every time.

Hillary continued to be sedated throughout the night to manage her pain, and had a second headache episode in the morning. We were hoping the incident was isolated, but it continued and increased in frequency through Day 7…Day 8…Day 9….tomorrow is Day 10.

An ultrasound revealed healthy kidneys, liver, and spleen, but blood levels revealed elevated levels of cyclosporine. Her medications have been adjusted, and we will stay at CHEO until she is stable enough to return home. Hillary has been on 12 different medications, some have to be administered with gloves due to their toxicity. Balancing the doses of these mediations is like….an artistic science. Too little, and the therapy won’t work. Too strong, and her organs can be damaged. But one thing is clear — if we don’t treat, Hillary can’t live.

And so we push on, for her, and her sweet sister Alyssa.

Once discharged, we will return to CHEO three times a week for blood work and frequent transfusions. Hillary will need both hemoglobin and platelet transfusions on Friday. She may develop serum sickness. She could develop an infection. Emotions are high. Fear is real. Communication is hard. But Hillary is amazing, and everyone who comes into contact with her agrees. I can’t even begin to describe how strong she is.

Hillary not singing right now, but she’s humming. And, she’s not the only child suffering in this hospital. I’m not the only mother sitting on an arm chair alone in the dark, afraid to sleep, eat, move.

Our story is not unique. 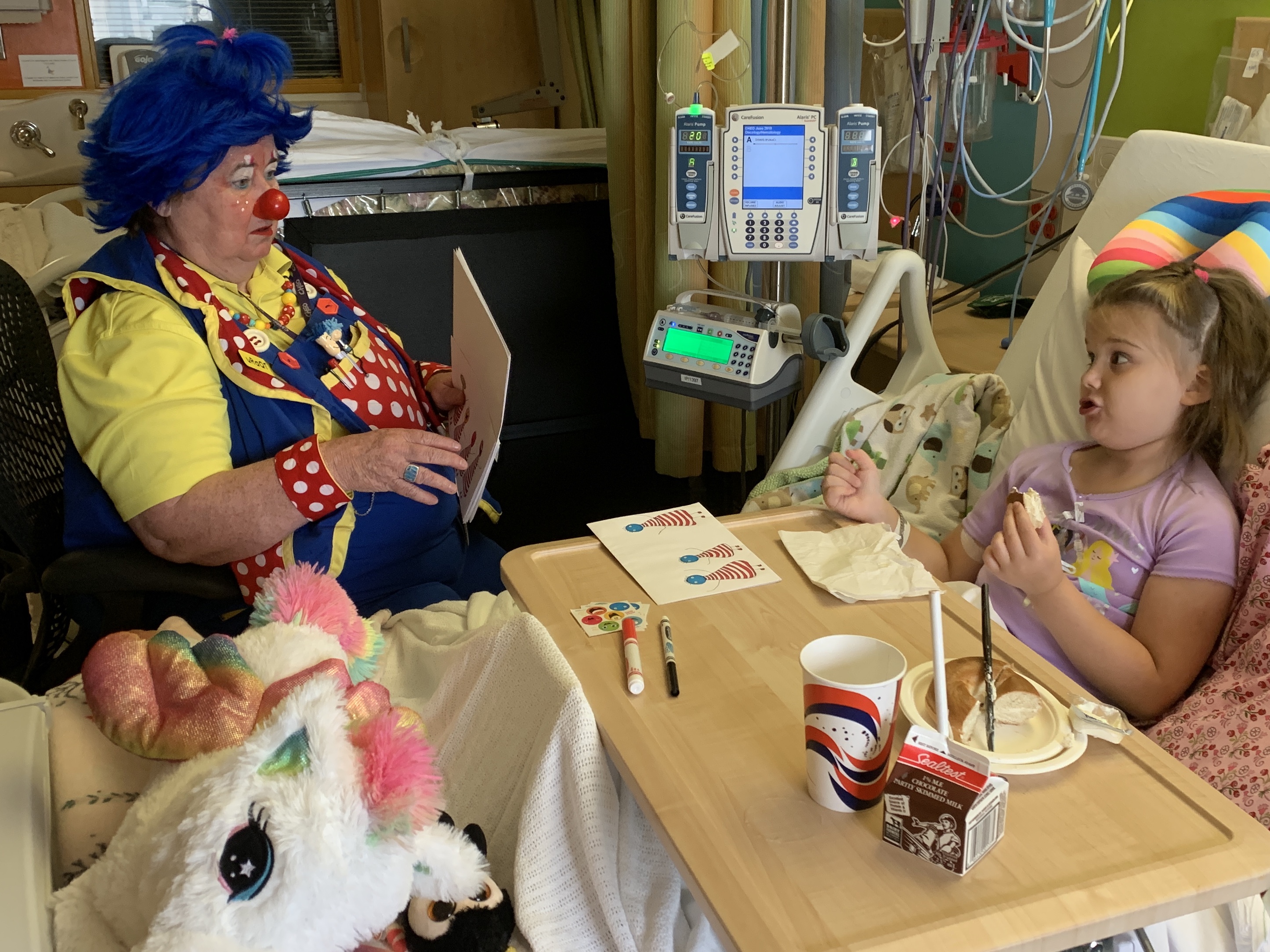 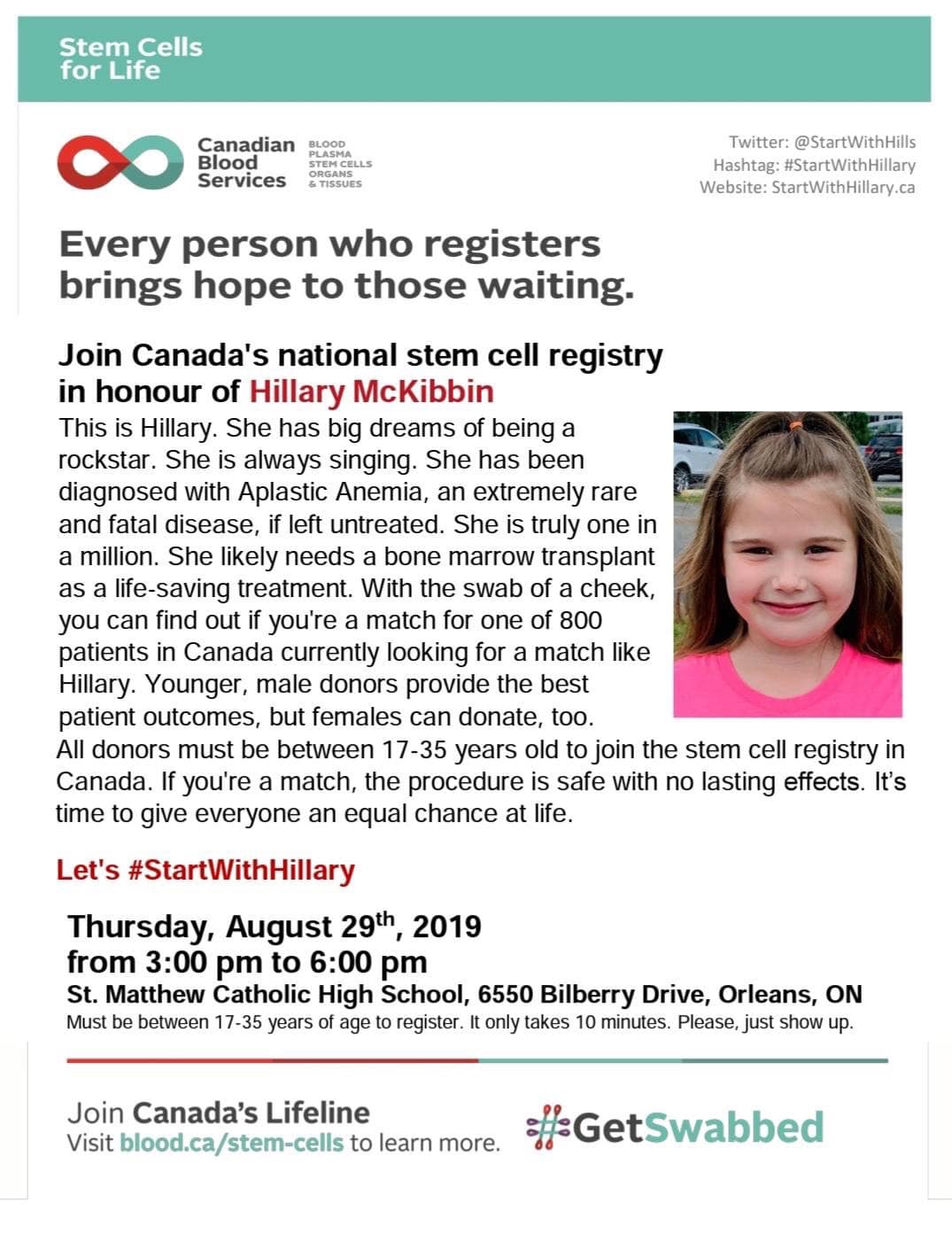