Follow eight-year-old Hillary McKibbin in Ottawa, Canada in her fight against two rare blood disorders, Idiopathic Aplastic Anemia and PNH. Help increase awareness for people all over the world to join the global stem cell registry. It’s time to give everyone an equal chance at benefitting from a life-saving stem cell transplant. Everyone deserves a match. Let’s #StartWithHillary.

This is Hillary. She is five. She has big dreams of being a rockstar. She is always singing. On May 12, 2019 (Mother’s Day), after a blood test, we were called in the middle of the night to bring her to the nearest emergency room immediately.

Someone out there is searching for their match in order to survive. You might be it. With a simple swab of the cheek, you can find out if you can save a life. If called to donate, the procedure is safe with no lasting effects. Your bone marrow replenishes effortlessly. Hillary’s can not.

Canada is in desperate need for ethnically diverse males — age 17-35 — to join the registry. This demographic represents .1% of the global registry. That’s less than one percent. For such a multicultural country, this is both shocking and devastating, particularly for our Indigenous communities.

Visit blood.ca/stem-cells or call 1-888-2DONATE to apply online for your registration kit, and mail your sample back in. It’s free and easy.

Join the Be The Match registry in the United States by applying online.

There are several criteria that may affect your eligibility to become a donor, depending on where you live in the world. Over 80 countries are part of the global registry. Visit the World Marrow Donor Association website to find your country and join the registry. 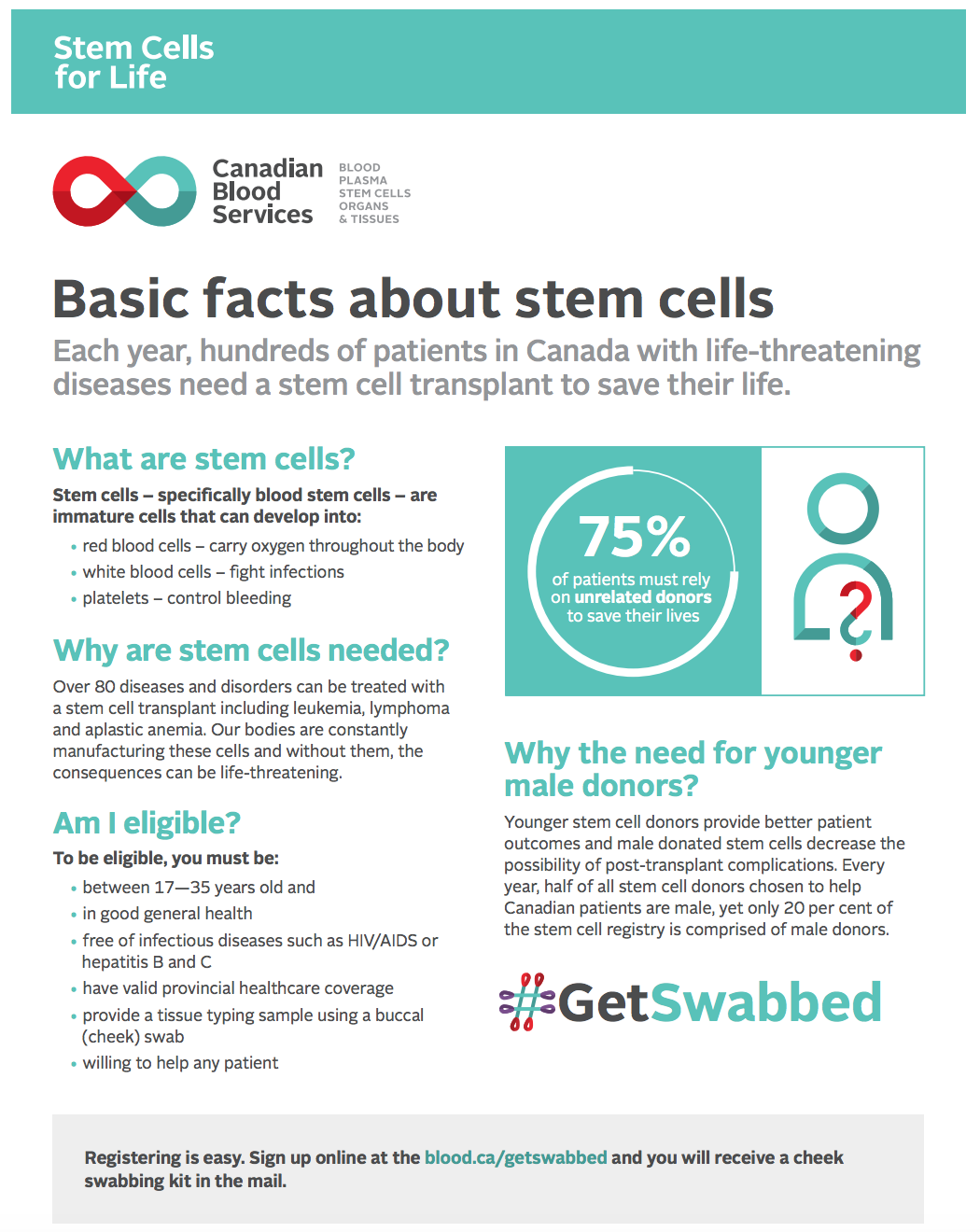 I’ve stopped updating this list. Hillary is in the news every month. She has done several podcast and TV appearances. Check the sidebar of the blog to see all her cuteness. And to see how far we’ve come.

I’ve stopped updating this list. There are so many more interviews. They are archived throughout the blog and I will update this list…someday. Hillary and I are forever committed to advocating for this cause.

Please subscribe by e-mail to receive updates on Hillary's condition and our quest to increase the global bone marrow registry. Please direct your comments, questions, and sentiments by e-mail to info@startwithhillary.ca. Thank you for your participation and support for our sweet Hillary. 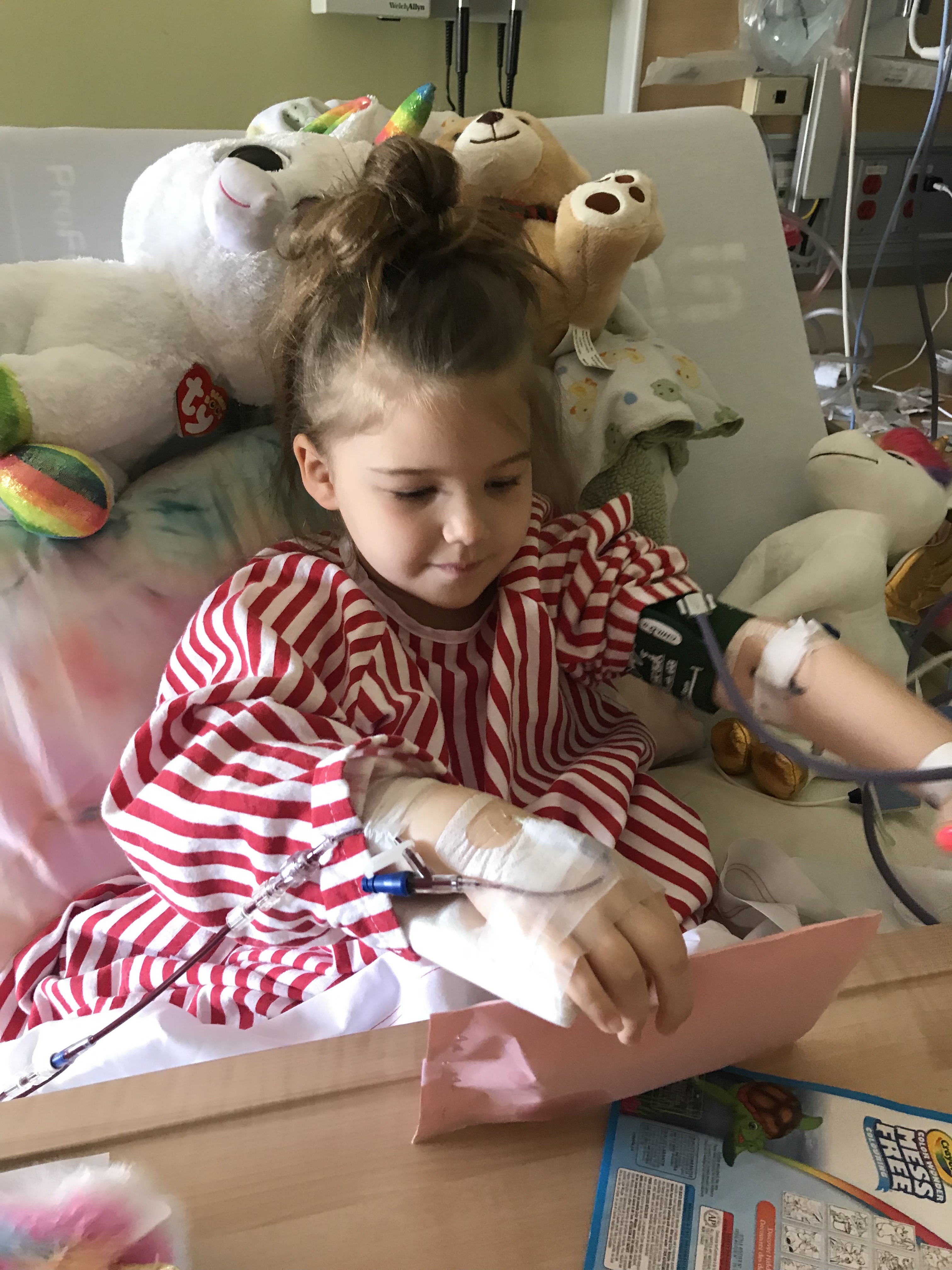 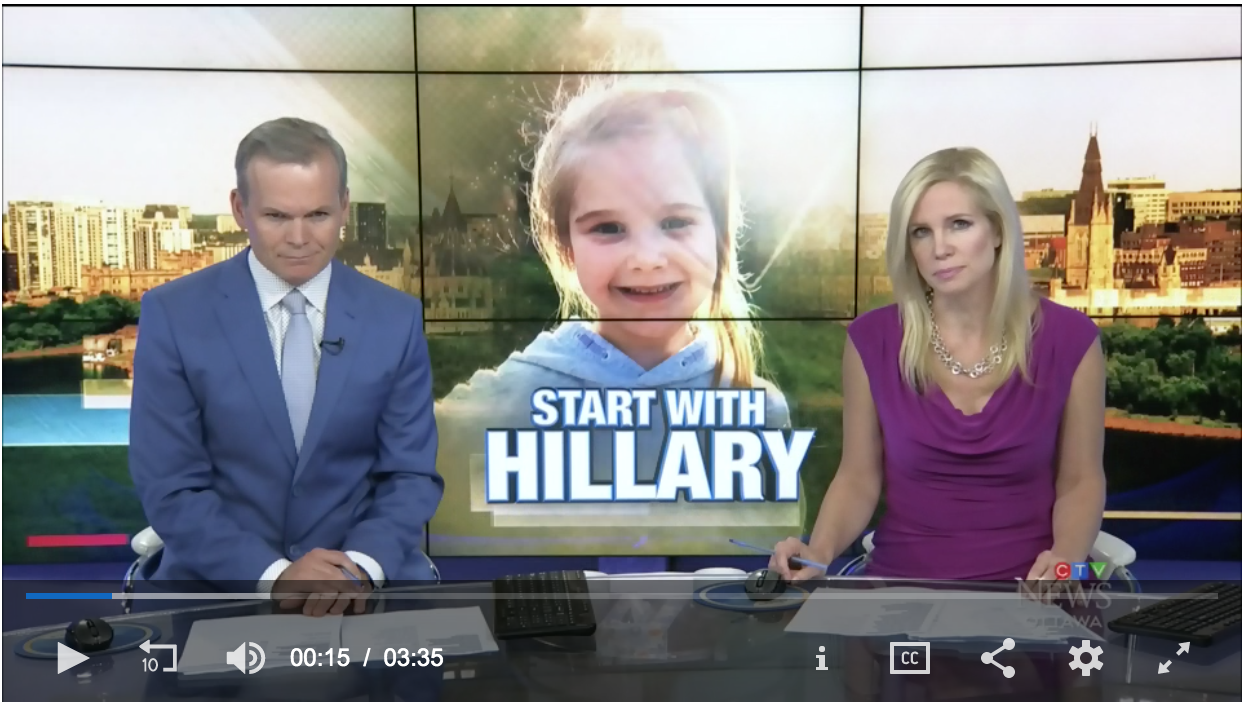 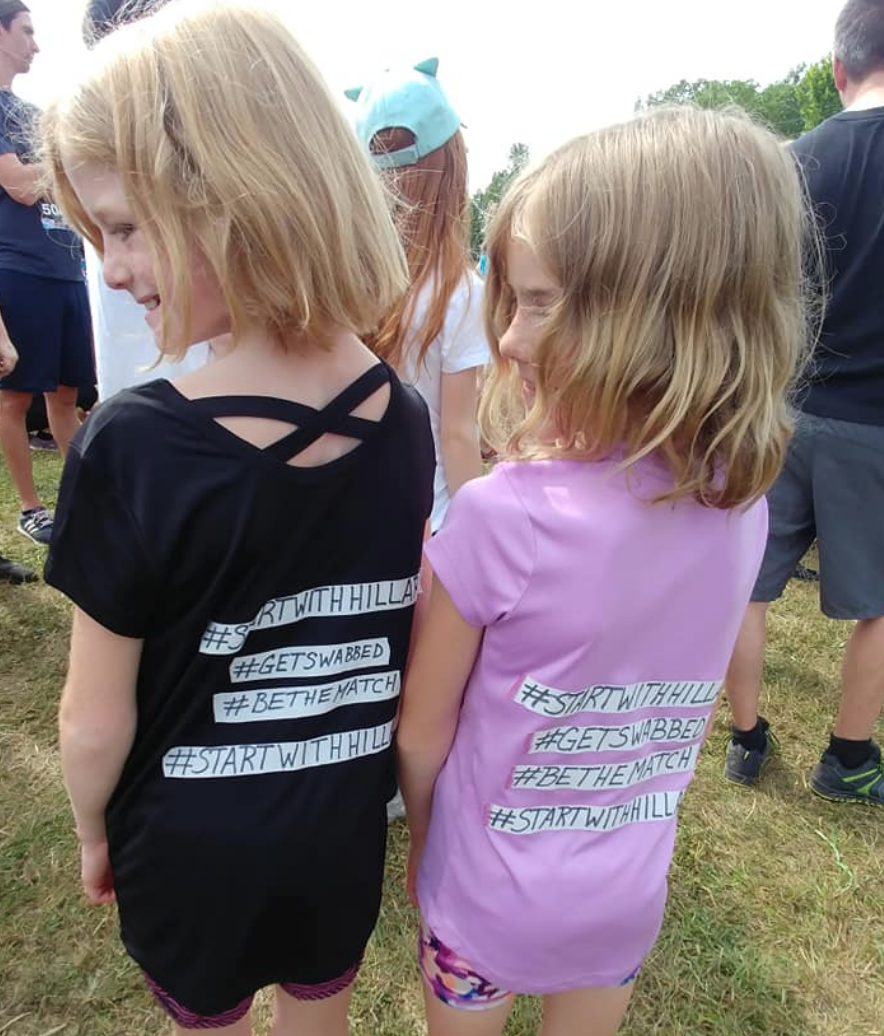 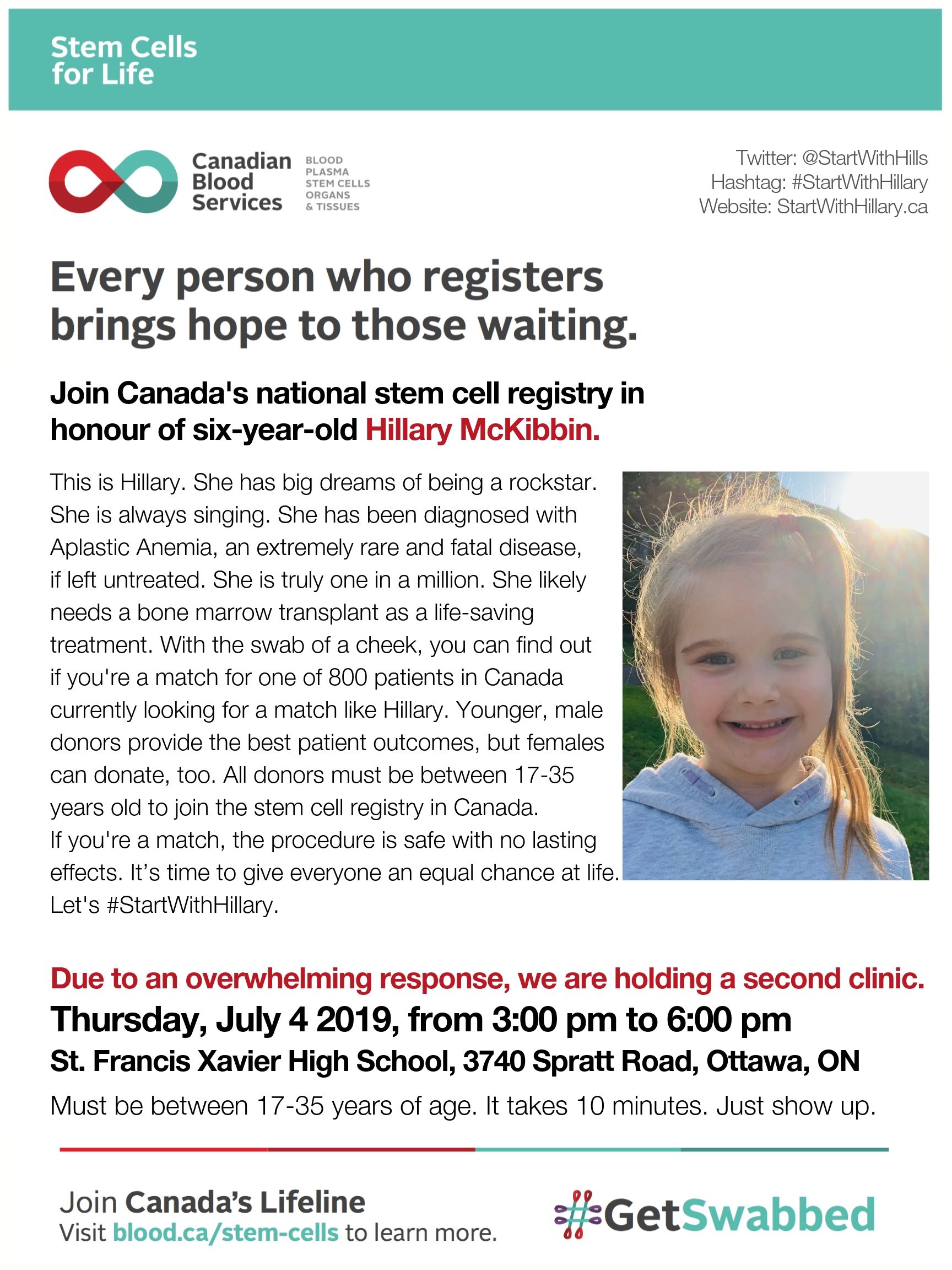 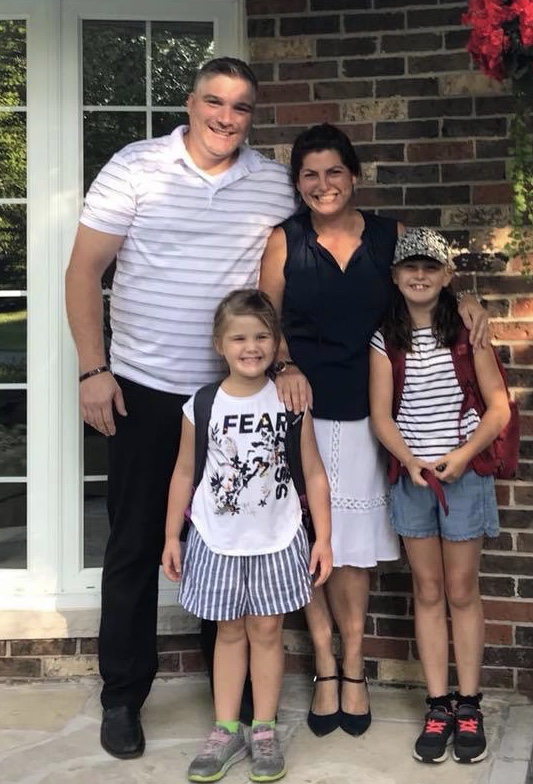 On behalf of Steve, Kelly, Alyssa, and Hillary McKibbin…thank you for your support. It’s rainbows and unicorns until we manifest a recovery.

A poem by Alyssa McKibbin

I feel like my heart just broke apart.
Hillary is my sister and this is hard on my family.
When I see Hillary in that hospital bed, it makes me think, “How would I feel if that were me?”
But I know that Hillary is a fighter and she’ll never, ever let anything stop her from living her dream.
I know we’ll get through this, because Hillary is the strongest person that I know.
Maybe we can reverse time.

Website designed by a mom on a mission using WordPress, with the help of a good friend.