It’s been over two months since our last update. We just got Hillary’s blood results back yesterday, and are overjoyed to relay that she is holding.

Her hemoglobin held steady at 117; her platelets grew again to a record high of 165; and her neutrophils remain just below normal at 1.2. Her doctors call it “Hillary’s normal.” They’ve reiterated that her neutrophils might never come up, and that her immunity is stronger than average in spite of the numbers.

The platelet increase represents independent cell growth, without the use of medicine. It is huge. We were again reassured that it is a very strong indicator of success, but an unrelated transplant still formed part of our phone discussion with CHEO.

After a great deal of careful consideration, we requested to take Hillary to our community blood lab rather than return to the hospital. The busy hospital waiting room is unnecessary when other options are available, and the enhanced safety measures at Dynacare (along with their mobile app) rank at the top of our list.

Going to Dynacare was emotional and cathartic. Two years ago, at the same location, on an early Saturday morning, the girls and I had made a special trip of it. That’s her in in the photo (right), white as a sheet. It was Hillary’s first blood test ever, and she didn’t cry. Later than night, she would need three blood transfusions just to stay alive.

Last week was a little different in our winter gear and PPE. But, would you believe the same phlebotomist took her blood? Hillary remembered Many instantly, even with her surgical gown and mask on. She was efficient and sincere.

We waited all night for that phone to ring just like it did on Mother’s Day. Instead, we coasted through Valentine’s Day and Family Day… just not knowing. During our phone appointment with CHEO, Hillary was referred to a neurologist to try and ascertain where her migraines are coming from. Yesterday’s headache was so bad, we were sure it would bring on the most-dreaded F-word imaginable. Fever.

She got through. She told me what to do and I did it.

I’m trying to chart her headaches as they coincide with sleep, exercise, air quality, technology, gluten, dairy, stress, fluid intake — but there is no emerging pattern thus far, except for continued blood growth. All of Hillary’s nutrient levels have remained excellent since diagnosis — Vitamin B, B12, D, K, Iron, Folate, Magnesium…everything. It’s perplexing.

I can’t find the missing code.

Last week, we met virtually again with a Naturopathic Doctor to try and ramp up some supplements and reintroduce probiotics. We revisit Dynacare in three months for her next blood level check — followed by a phone call with CHEO — with the possibility of heading in earlier depending on our opinion of her presentation.

We’re also seeking the expertise of an Ear, Nose and Throat (ENT) specialist to address throat pressure and a new dentist to deal with her extensive ongoing dental needs. We have so many other needs that simply can’t be addressed due to lack of resources right now.

It’s challenging. There is a lot of fear there. I don’t know if I’ll be strong enough if that time comes. I really don’t.

One thing is for sure. Hillary is a warrior.

Like the bravest soldier, Hillary pushes through every morning — the first to rise. She leads.

She’s committed — with an unwavering focus of beating this unspeakable disorder that robbed her of her freedom for so many years. Never fatigued by the necessary protocols required to remain honorable in her fight. Not deterred by the beaten path that lies ahead.

She’s honest. Decent. Self-disciplined in everything she does.

Courageous in the face of extreme peril.
Proud to serve her country.

Hillary was the opening philanthropist guest for the first-ever Kids Edition of An Hour To Give with Sam Laprade on CityNews in January. She spoke by herself for twelve minutes advocating for stem cells, teachers, and her family.

Maverick died on January 11, 2021 after the most courageous battle we’ve ever seen a human endure. Truly. He was 9. He skipped ATG and went right to a transplant from an unrelated donor. His four brothers were not a match.

Hills said yes last week when MediaPlanet partnered with the Canadian Organization for Rare Disorders (CORD) for a national campaign on rare disorders, and asked for our input as patient and caregiver. We tried to fit it all in 350 words.

Kathy died on January 20, 2021 after decades battling multiple infections, including COVID. She was pretty and lonely and she shared her journey in great detail so we could learn.

When the Make-A-Wish-Foundation asked Hillary to make a video message for Jacob who is heading into brain surgery next week, Hillary offered to write him a song on her piano.

Dianne relapsed last week. She lives in Ottawa and shares the same birthday as Hills. She needed two blood transfusions this morning.

And now, Hillary’s rosy red cheeks pop up on Instagram feeds across Canada to help with yet another #getswabbed campaign for Canadian Blood Services, Hockey Gives Blood, along with CanadaLife Insurance. The colour in her face is something we rarely see, and we know who to thank.

It’s all so connected…this community we live in. Right down to the blood flowing through our veins.

When we are asked to help, we say yes.

That’s how I was raised. Our motives are not ulterior.

I’m not sure if Hillary’s understanding of this duty will change as she matures. I keep reminding her about the lasting effect of her digital image, and she just does not want to stop. She’s fiercely proud and it seems I might be holding her back. TikTokCanada liked one of her Tweets, and she is just on cloud nine.

The dire truth of it though, is — we need Hillary. Like, the collective we.

As you could imagine, people are quite hesitant to join the stem cell registry right now as they grapple with the realities of the evolving pandemic. It’s understandable. Ottawa was forced to temporarily close their main blood donor facility (which also houses stem cells)  for the first time ever in an unprecedented effort to address a COVID outbreak amongst staff in the blood collection facility.

If little Hillary can show us how to weather this storm, can’t we at least help her and others like her?

I have a lot more to say. These blogs are too long, yet I could write every single day and not get it all out.

I forgot a couple things when I was describing Hillary above.

All that we ever asked from her as parents was that she was kind. 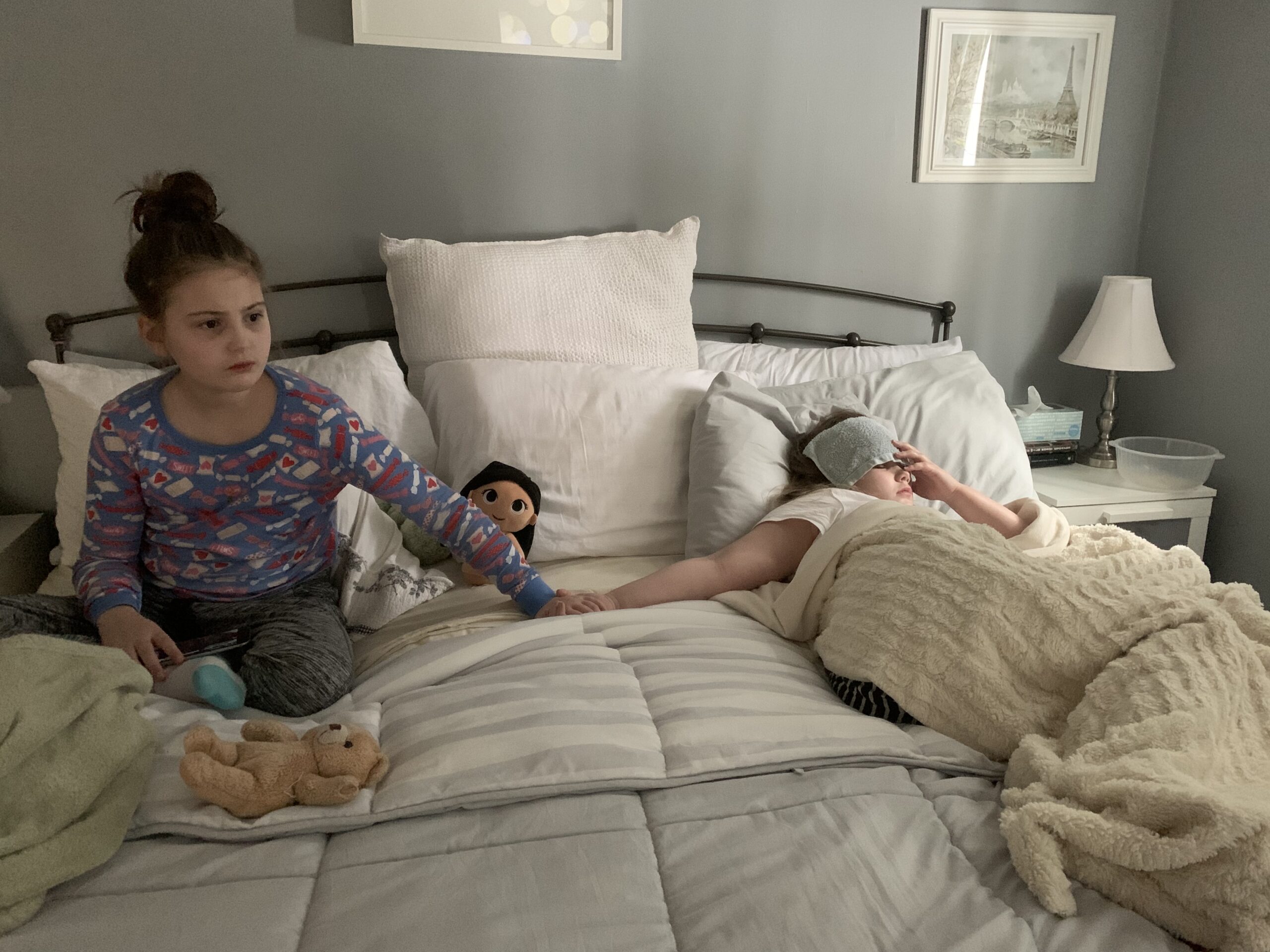 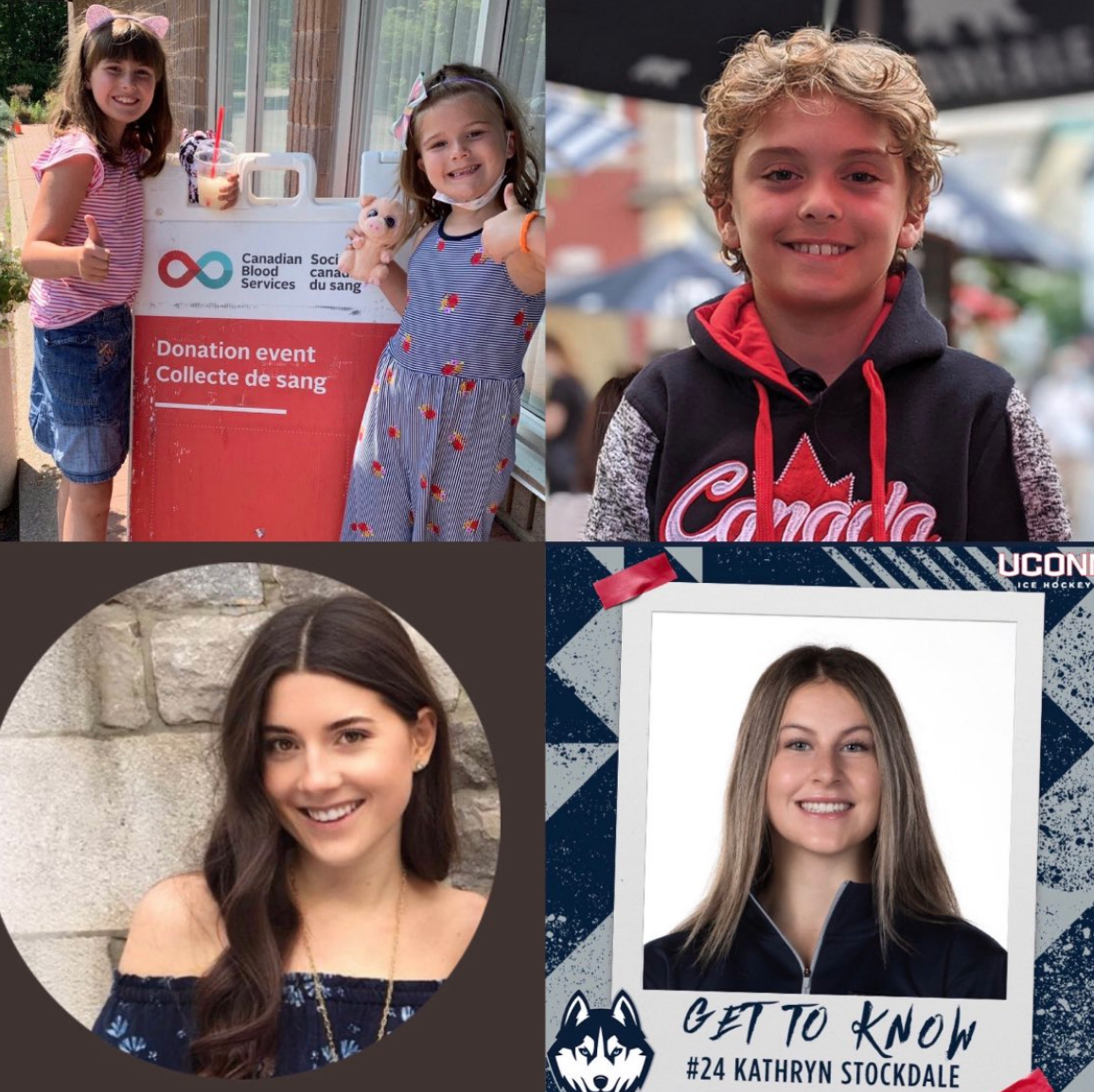 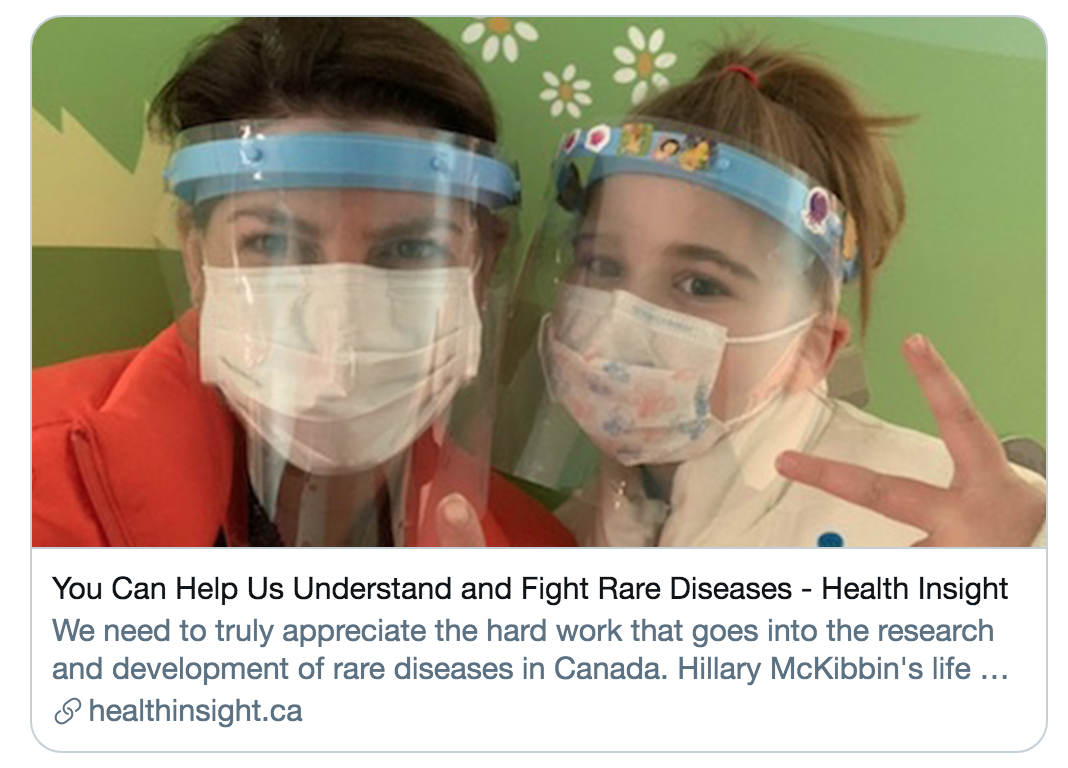 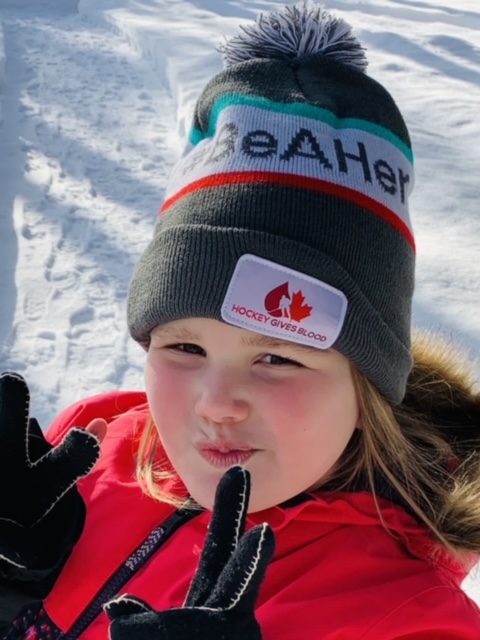 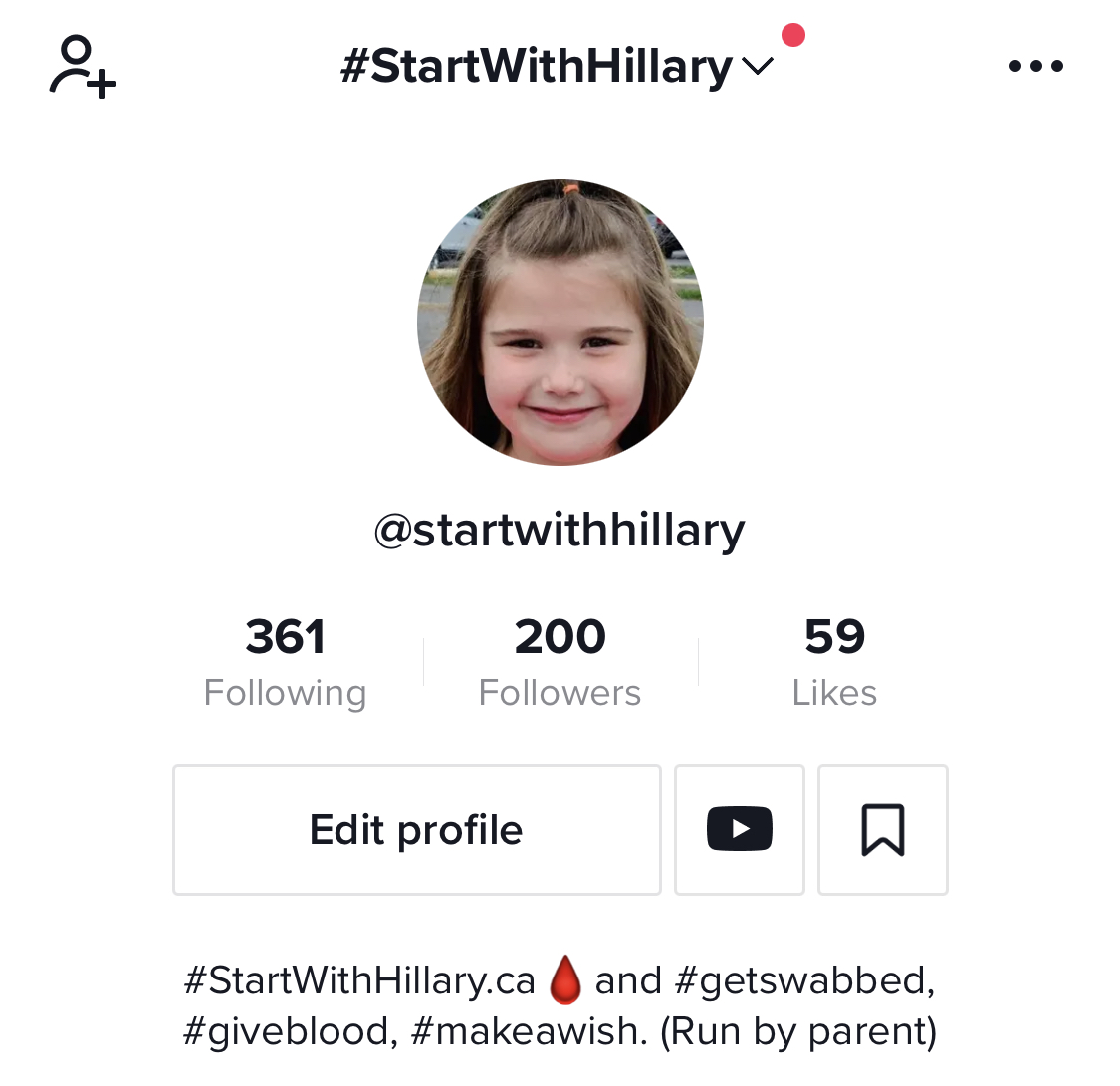 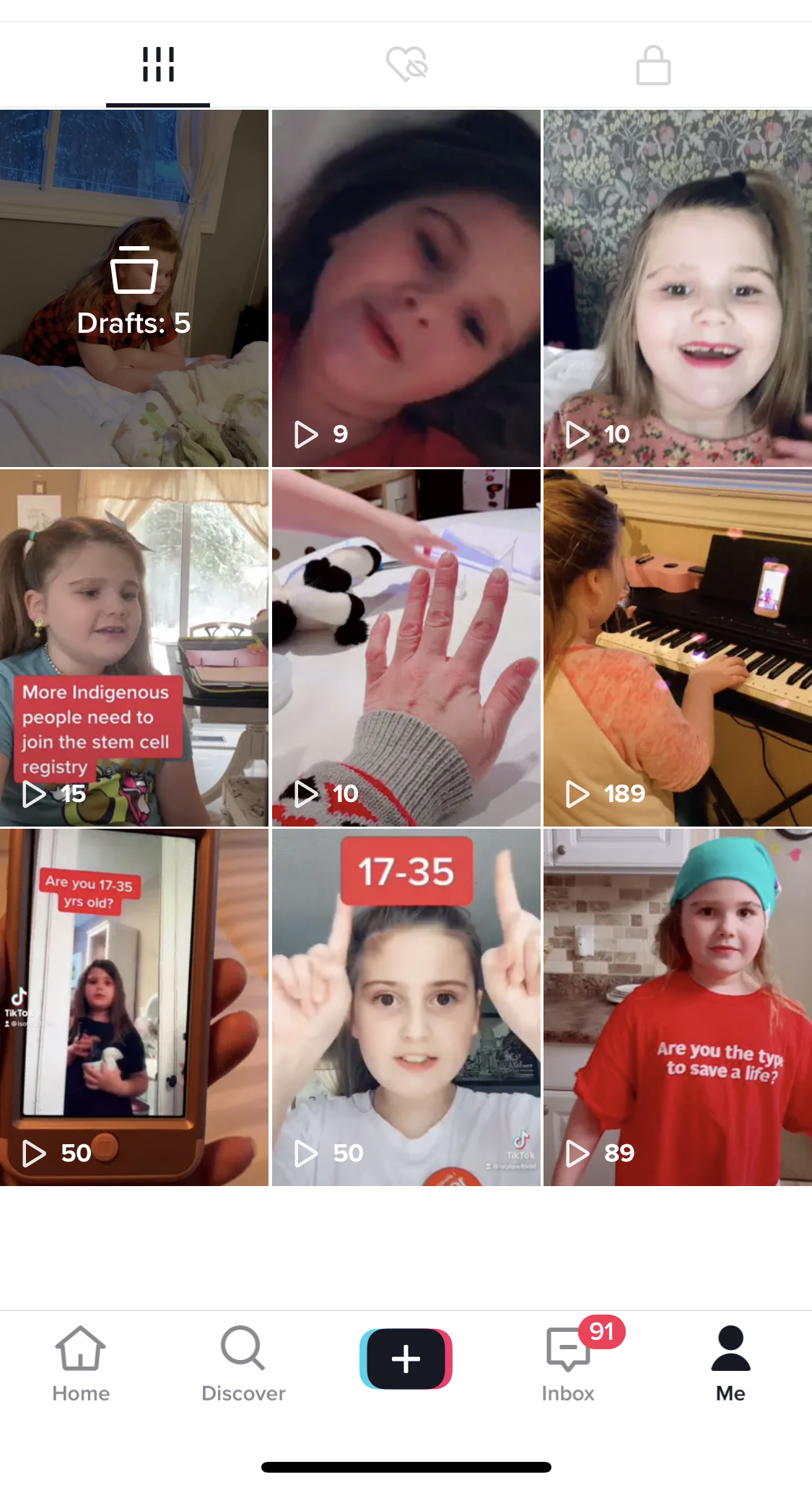