Recovering slowly or digressing slightly with one more sleep to go

It’s been six weeks since our last update. If you’re still with us on this marathon that is not-yet-even-remission for Aplastic Anemia, please take comfort knowing that Hillary is doing as well as you possibly can two years out.

Her platelets are slowly rising and she has no active infections. Our nightly prayers are gratitude only. Mornings are still surreal. Two whole years later, and we’re all still very much on edge about Hillary’s status.

We’re just not sure if she’s out of the woods yet. The annual biopsy would have helped by confirming bone cellularity, but that’s still deferred. Her PNH clone remains unchecked. Her swollen armpit needs an ultrasound. Her dental needs are extensive. She’s had three headaches this week. Those neutrophils remain trapped somewhere.

A successful transplant is a cure. Failure is the end of everything.

She’s either recovering slowly, or digressing slightly. I’m not sure. But, I still feel in my heart that — with extreme diligence and perseverance — she can clear this. I’ve heard from several people first-hand who have. Globally. I have hope those levels will rise. She’s the hardest worker I know. She might even hold an immunity key.

It can still go either way, as her doctors affirm, and we just need to be ready. Our bags remain packed. The clothes inside of them no longer fit and the expensive medicines are all expired. Her next home blood test and virtual appointment with CHEO is in mid-August. We are eternally grateful for their approach and care, and frozen when we think of our next visit there. What will we be there for?

We continue to take zero risks and exercise maximum precautions in all affairs at home and are doing very well. We don’t complain.

I shudder at the thought of where she might be if we had pushed her a little harder — sent her to that school, took off those training wheels, swam in that pool. If we had said yes to singing on outdoor rock stage with fireworks and raining confetti. Yes to that packed Senators home-opener as Anthony Duclair’s special guest. Had Santa over. Been at those swabbing events.

If we had ignored her reality.

Thank you to all those who have understood and stood by us on this journey.

We did other things.

Hillary and I submitted a video-application to Ottawa-born Mike Holmes’ Make It Right to modify our home to make it neutropenic-safe. We never heard back. Sent another video to the Shawn Mendes Foundation to apply for a Wonder Grant to allow her to spread her message to join the registry through social media. He didn’t see us, like Drake. Submitted a wish request, like a good friend recommended. We did it all sitting in that first-class, world-class, hospital room for those 39 days with not one window to scream out of.

Make-A-Wish has honoured Hillary again this year as a SpokesKid for #TheGreatMAWCampout for her birthday this weekend. She turns 8 in tomorrow! She shares the spotlight with SpokesKid Ollie, who has the exact same birthday as Hillary! His mom and I are closer that you can possibly imagine — and we’ve never met. She is way better at ALL of this than I am. http://olliesbump.blogspot.com/

The girls already slept in the trailer for five days last week during the 30+ heat wave a couple weeks back. It was like we never left. Both said they were the best days of their lives, diving underwater with goggles in our inflatable pool, eating ice cream cones before playing in the trailer. This Make-a-Wish program works. Several skin rashes and bug bites sent us inside for a week of recovery, but it’s coming along very nicely. We were back in last night and well, it’s 3 am and it’s starting to rain lightly. We fell asleep to the sound of bullfrogs and from the river in the flicker of fireflies under a Strawberry Full Moon with a perfect, unobstructed view.

Live 88.5 FM is holding fun #TeamHillary and #TeamOliver contests all weekend. I’ve asked for blood and bone, but asking for money is hard. If you can participate this weekend, please consider a modest donation for either team. The children who benefit from these wishes have very complex needs, and these wishes improve their quality of life. Hillary’s life. Ollie’s.

It’s hard to celebrate tonight. I grew up swimming in Lake Clear beside a gigantic Totem Pole that my Poppy had from one of the Expo Pavilion’s he was the carpenter for. Hillary had already changed her profile pic to “Every Child Matters” before I was even aware of the darkness ascending over Canada.

Hillary was honoured last week with a 20-minute virtual interview for the RBC Youth Ottawa’s Max Keeping Award for Personal Courage. With a record 52 candidates, it was an honour to be shortlisted as one of the final four young interviewees. She was nominated by Nat Dixon, a friend from high school whom I never expected to connect with after 20 years. Yet, there she was, at our first stem cell drive…then she organized another large event. Hillary was not chosen as the winning recipient and Nat endearingly assured they got it wrong and I agree with humble respect. That exposure could have educated and revealed Hillary’s match. Her voice can save lives. That’s the only thing that surges through my mind when we boldly tweet Drake and Trudeau. Thanks Nat for being Hillary’s number one fan.

After twelve weeks of virtual preparation, Hillary was denied the opportunity to complete the sacrament of First Holy Communion on our front porch through the window. A member of the community reached out to me to write a letter seeking accommodation. More footprints in the sand. Thanks Linda. Still, the Archbishop confirmed that the Vatican states the act of Reconciliation/Confession MUST be done in person — no exceptions, rare disorder and all, not to mention pandemic. This broke our little family, just a little bit more. No white dress for Hills. I’ve come to realize that many are in this predicament around the globe. I’m not sure if it’s a fight I’m strong enough for, but my wish is for Hillary to be welcomed and accommodated rather than pushed away. Thanks Elaine and Shelley for your tweets that enabled me to move forward, swiftly, with grace. You’re right. Jesus is already here.

The #StudentsSavingLives campaign was a beautiful success. Over 100 students have already officially requested their #GetSwabbed kits to join the Canadian Stem Cell Registry in just two weeks before I dropped it all quickly to allow administrators to focus on happy end-of-year. Over 800 students have participated in the community service hours. We paid volunteers in pizza to translate the materials into French and Inuktitut to reach all provinces and territories. Merci Adéline and Lisa. My Mom and I received some of the most beautiful emails you could imagine from ministries, mayors, directors, teachers, and students across this great country. One Director didn’t like Canadian Blood Services so decided not to share it with his staff and students.

The need is currently desperate. Education Minister Stephen Leece made THE most perfect video plea on Twitter to #GetSwabbed I’ve ever seen, where he tore open a sterile swab and swabbed the inside of his cheek — in front of a family in need. He deserves tremendous credit for his compassion, initiative, and understanding of the issue. He did it for 3-year-old Leia, who has Dyskeratosis Congenita, and has no match among the 40 million donors in the global registry. She’s why I went ahead of a formal launch. She can’t wait. Demi Lovato tweeted. The Rock. It’s getting out.

The Red Grosbeaks showed up the day I tried an orange slice and they are so friendly. We’ve lived here 12 years and I’ve never seen birds like this here. They surprised me at the window when I was crying before dawn to prepare for the day. They swayed on the branches but feet away and looked me in the eye. They stayed for two days and haven’t come back. The rotting orange carcasses have instead attracted a murder of crows and I’ve put new wood down but there is confusion for all.

Navigating this complicated journey is like writing a book. Carefully considering the storyline and setting gives the path meaning and strength. Safety. Who to let in. Who to block out. The plot is thick, and I’ve tried to write between the lines to protect the integrity of the characters.

That’s why when it came to securing our vaccines, I knew exactly what we needed. We emailed the small pharmacy within our grocery store to see if they might have any available doses. They’ve home-delivered all of Hillary’s prescriptions since she fell ill, and the grocery store has played an integral role in Hillary’s recovery. Their virtual shopping is THE only thing that works in my life.

Last week, the pharmacist emailed that she’ll do everything she can to protect our precious family. I had no idea she felt that way. Within the last six-week timeframe, Katy has administered both our first and second Pfizer doses, in our vehicle. We got our second shots yesterday. We both feel fine with sore arms both times. The girls came with us and gave her the nicest handmade card that was sincerely accepted during a special moment of compassion and humanity.

That’s what we needed. Accommodation. She got it. We are forever indebted.

Hillary’s teachers haven’t had their second shots. My parents are waiting for their second OPH vaccine appointment. Most of the people I know are waiting. Vaccine guilt seems as real as survivor’s guilt. But it happened so organically and quickly and we are extremely grateful. We have to be healthy, with full cups, ready to fight — for Hillsies.

Despite the sheer terror that permeates our family life minute-by-minute, we’re relatively happy. When we do go out, we don’t feel at a deficit from the time spent in isolation. We haven’t lost touch with our sense of society and how to function within it. But society has changed.

I cry through most of it. I just can’t wake up.

Hillary told me last week that when she dies, she wants to come back as a bird in a willow tree. That I should look for her there. She recently changed her mind and would prefer to live on forever, as her digital self.

Hillary was a perfect baby. She was born on her due date, just like Alyssa, with zero complications. She had a beautiful black Mohawk her first day of life. She thrived. In fact, she was always the strongest. Walked before one. Self-taught. Never a fever. Sang herself to sleep.

Tomorrow, we celebrate her birth, which was a joyous day. We will continue to serve her, as our solemn duty, because she is truly helpless.

You have to do so much more than just feed the birds.

The rules can’t relax just because it’s taking a long time. Time is all we want with her. All she wants is us. We can’t possibly imagine letting her go. 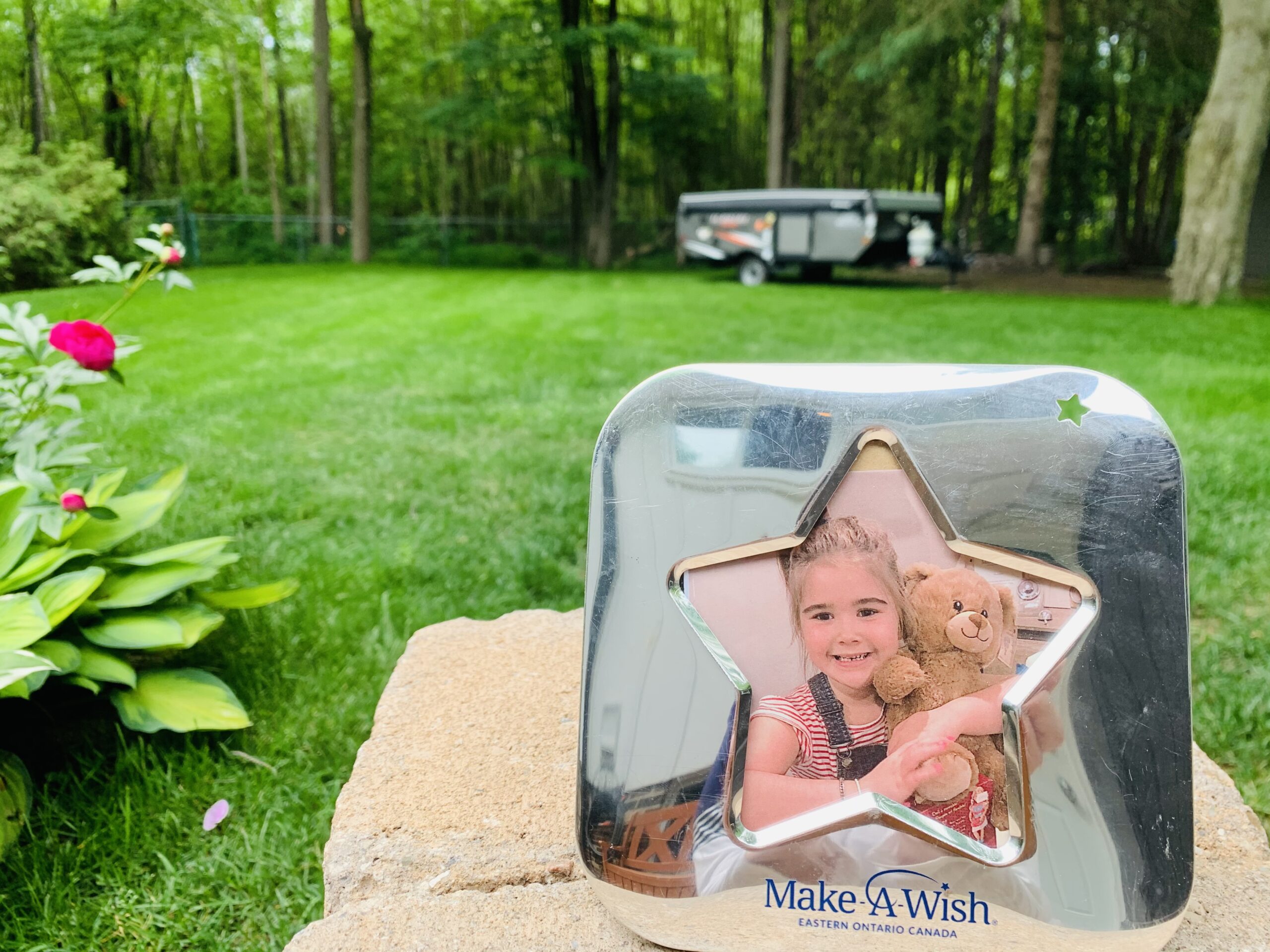 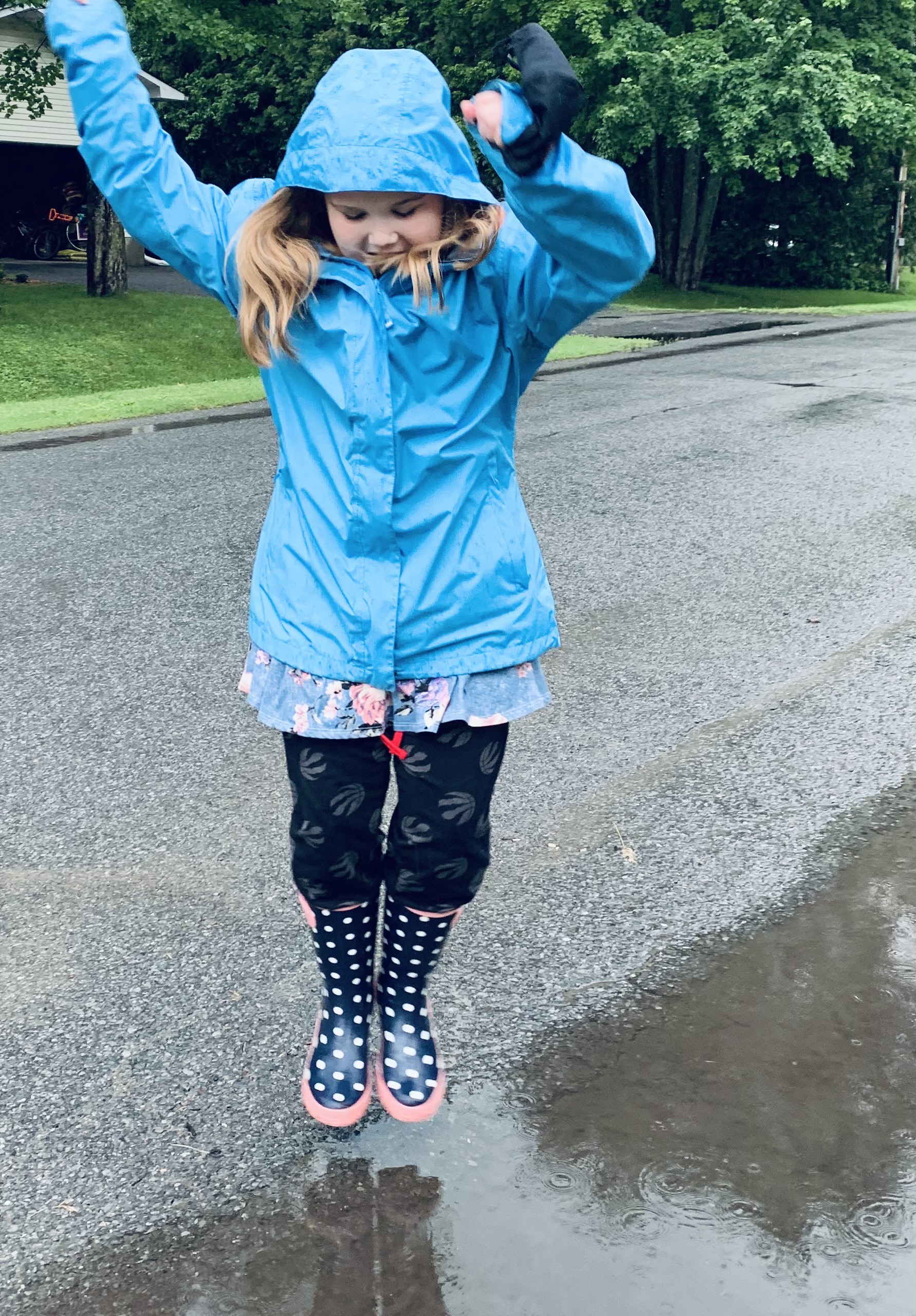 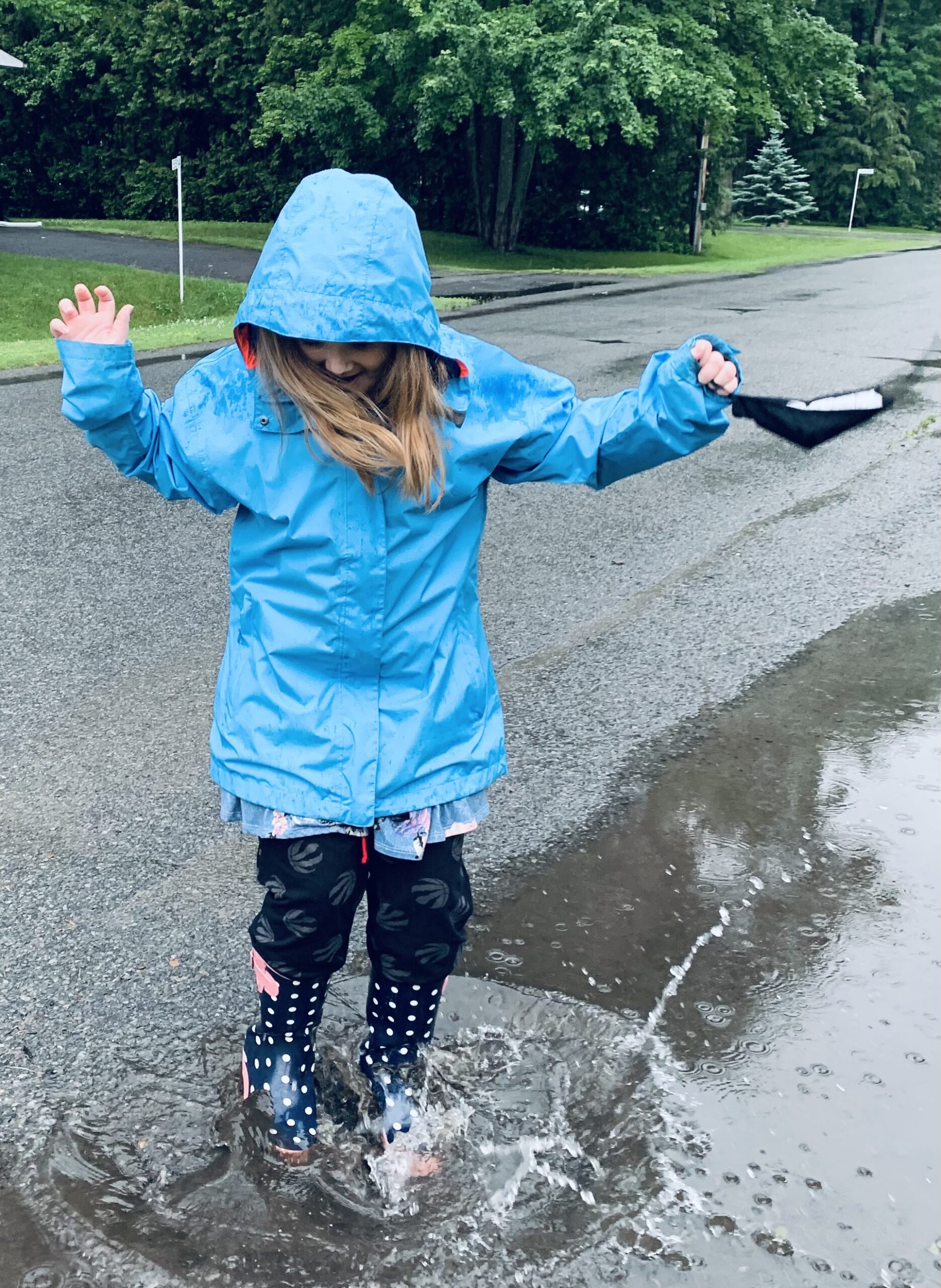 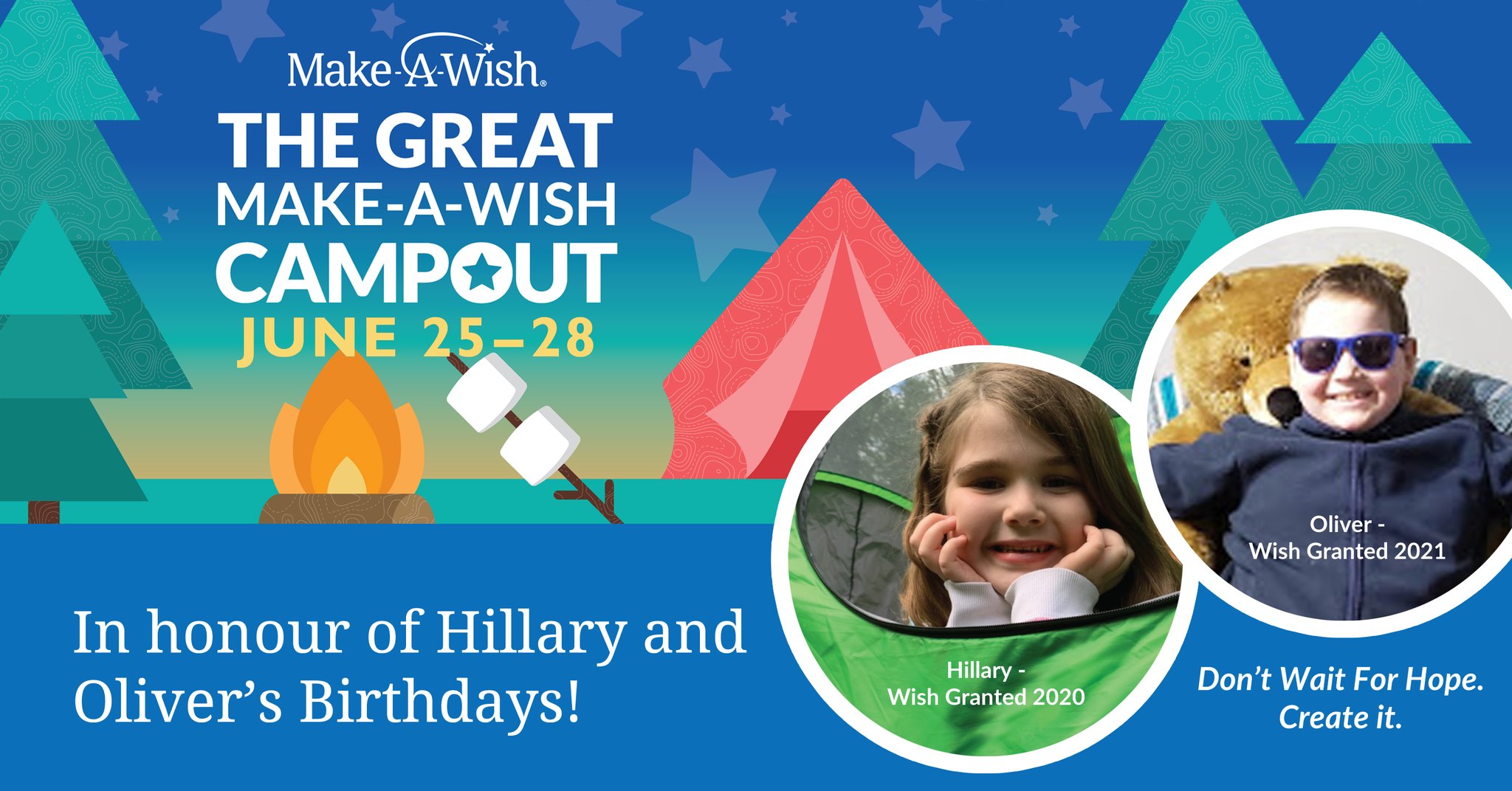 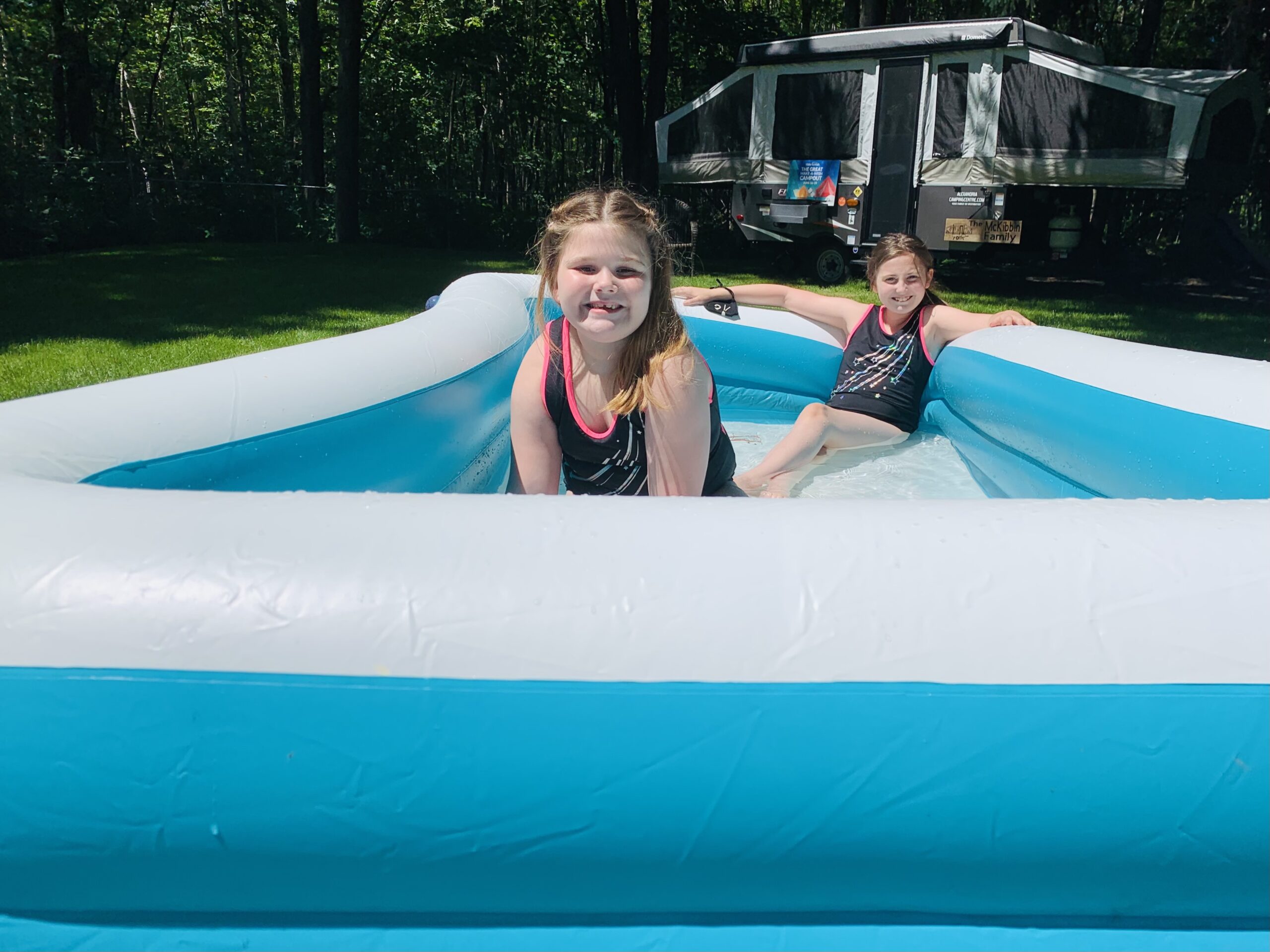 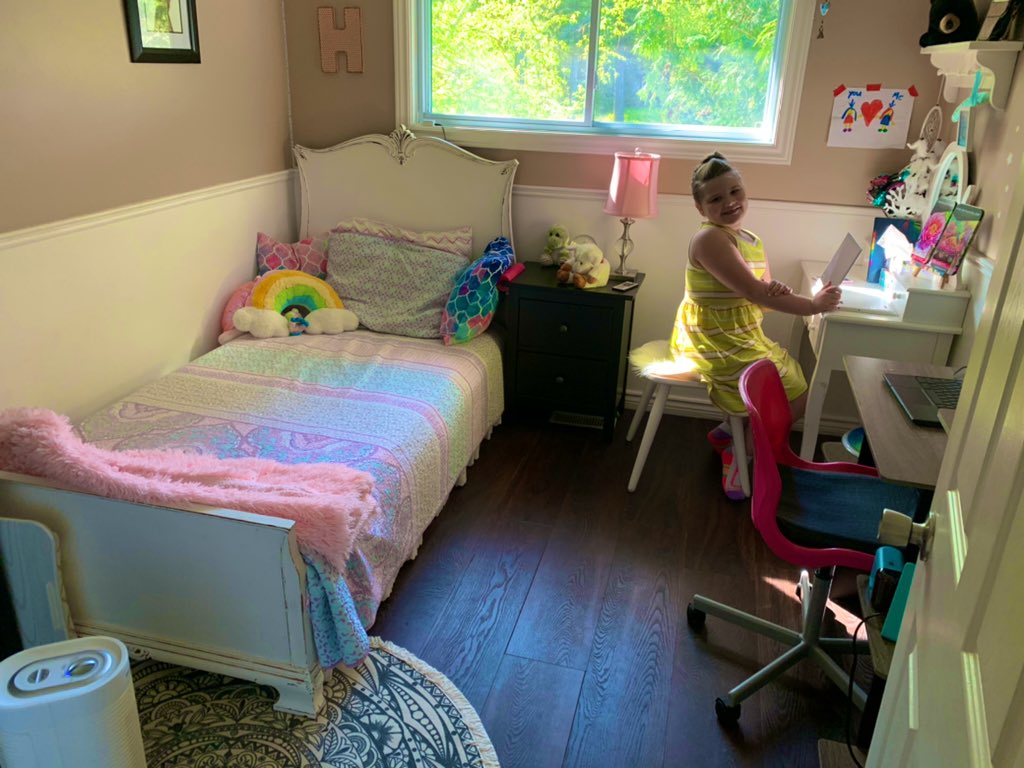 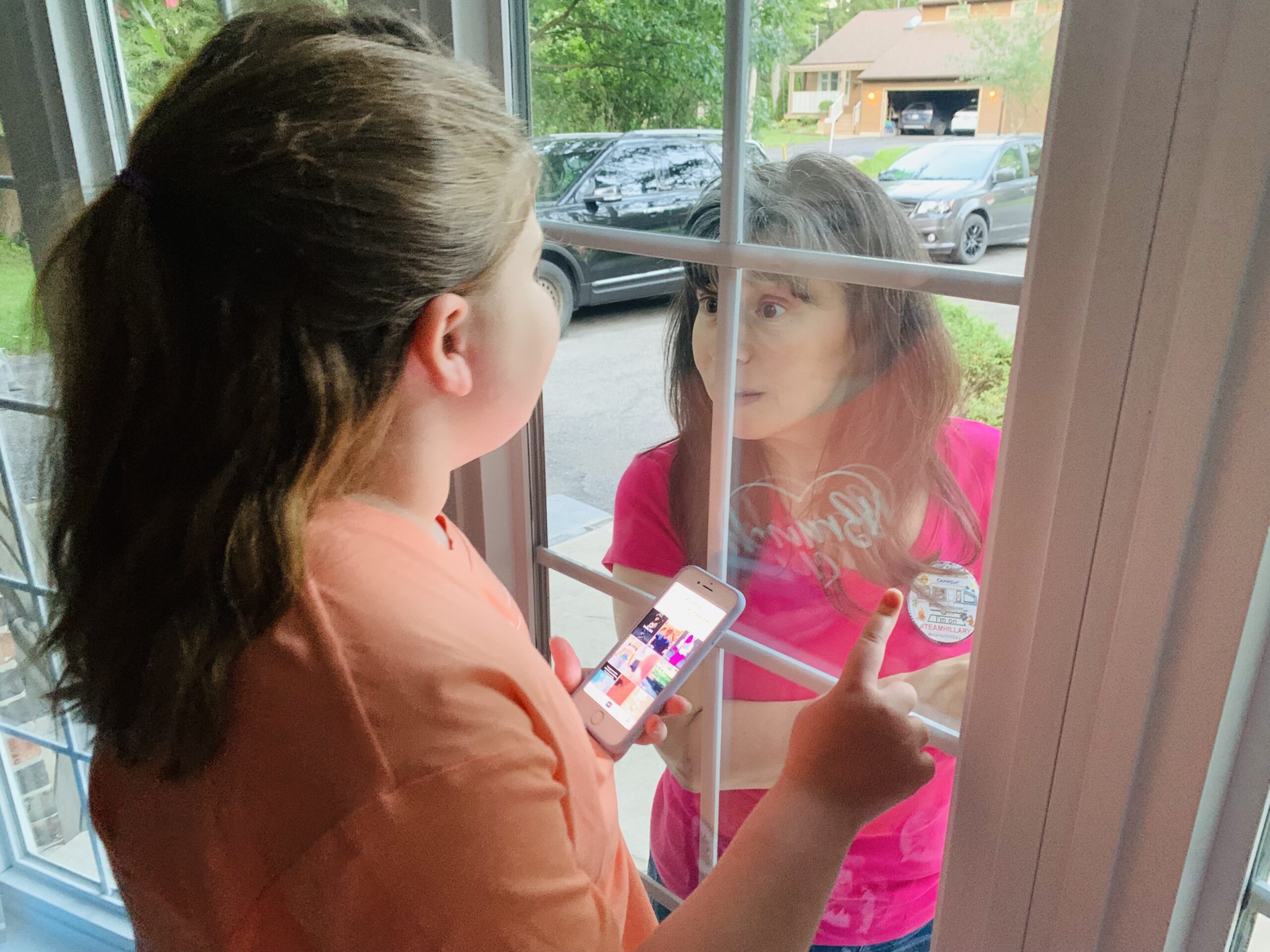 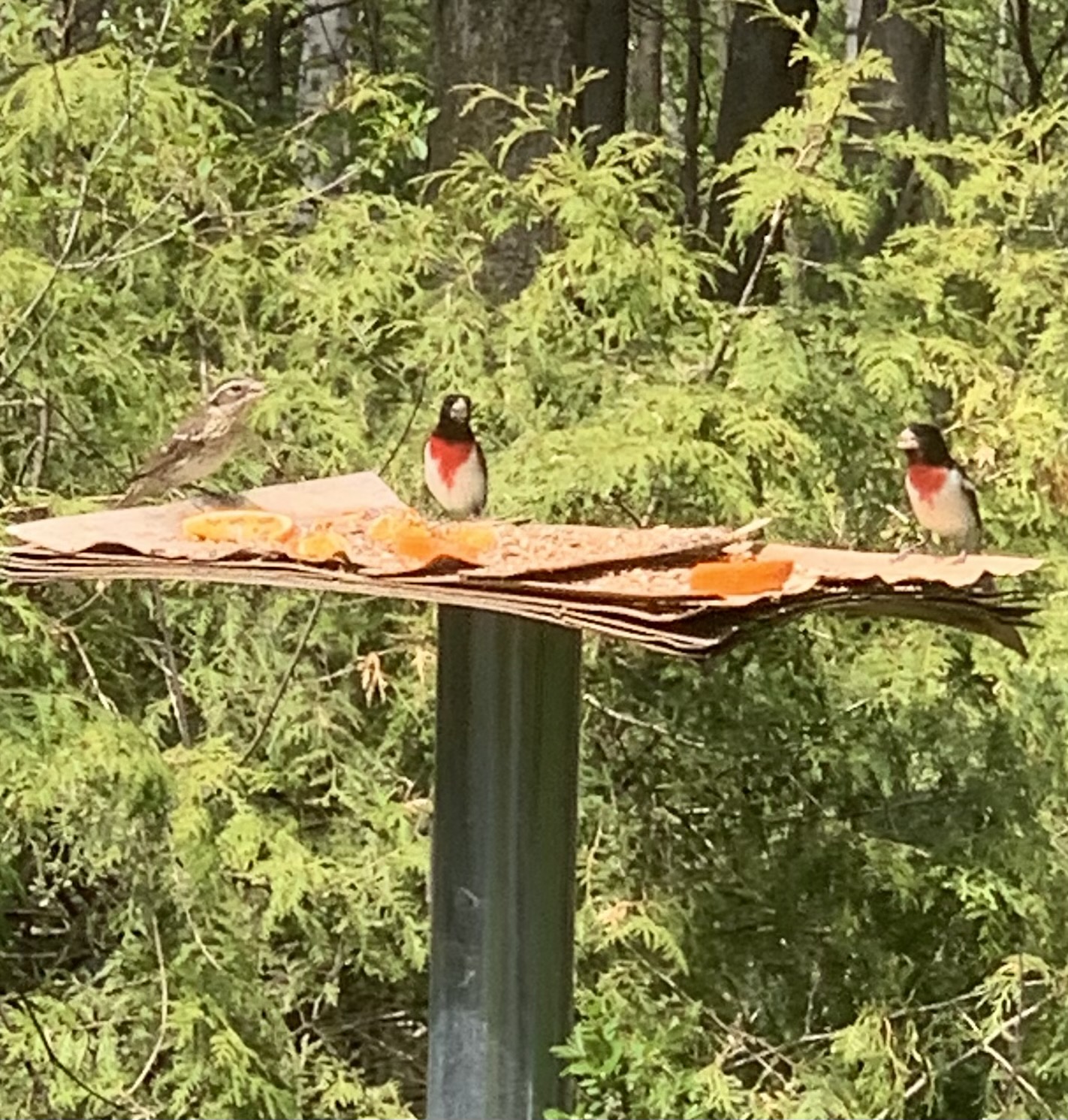 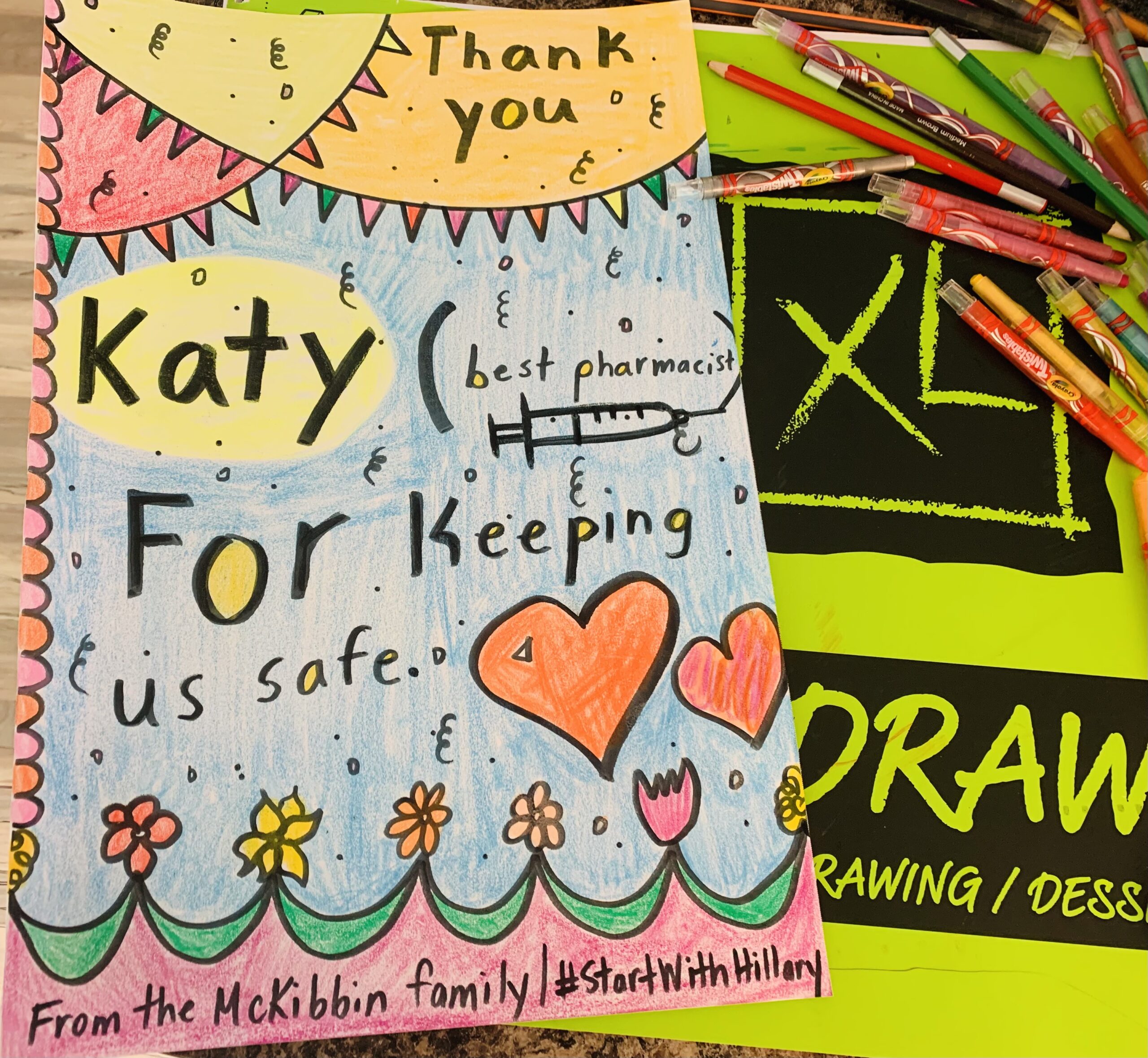 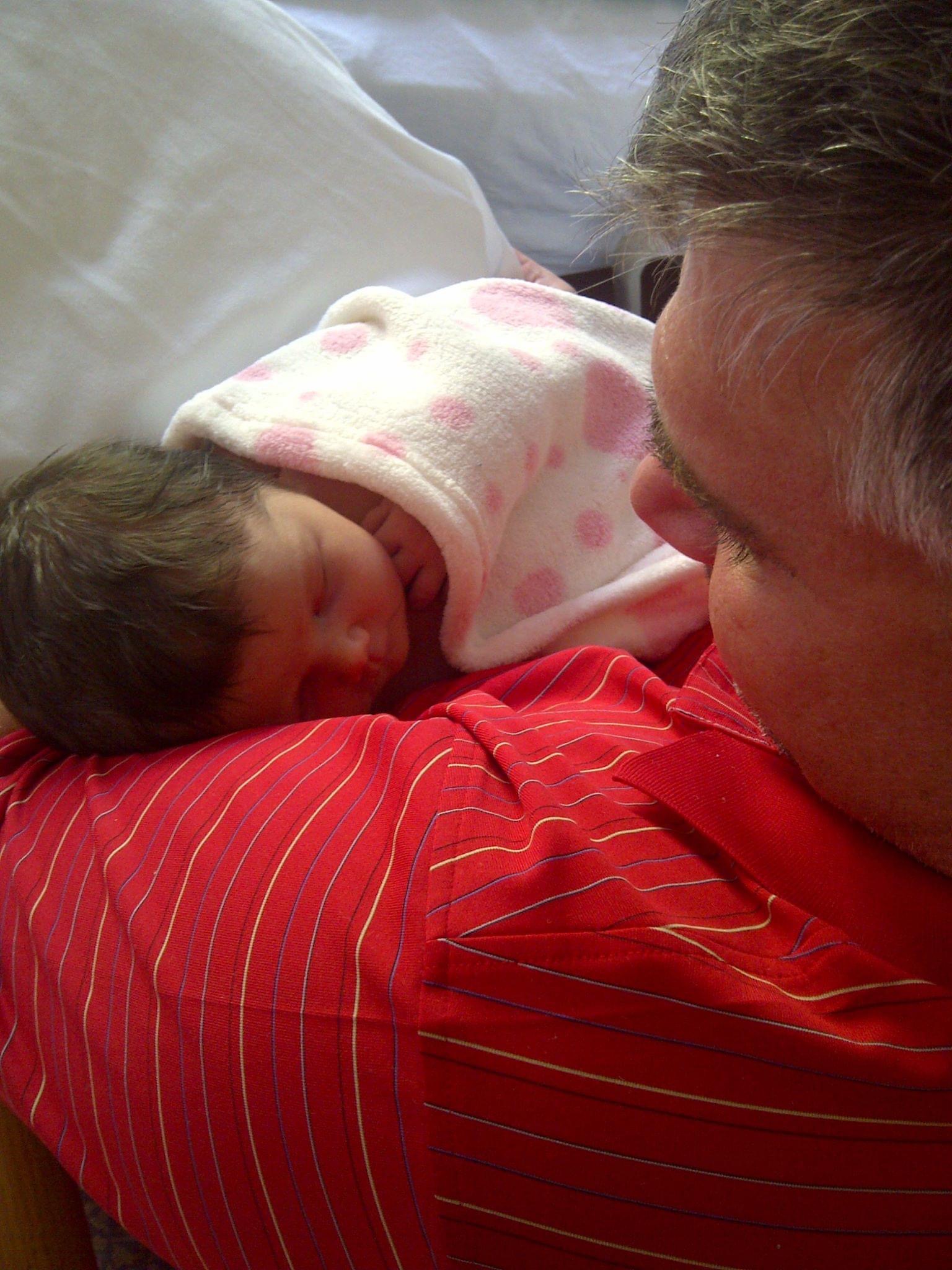