Waiting for blood to grow

It has been five months since Hillary was first diagnosed with Idiopathic Acquired Severe Aplastic Anemia with PNH Clone, and we are now in Week 10 of isolation for her immunosuppressive therapy treatment.

She is doing very well. She is happy, active, eating well, and still singing.

She continues with her daily cyclosporine medication twice a day, along with anti-pneumonia medication (Pentamidine) intravenously every two weeks since her neutrophils (white cells) are almost non-existent at around .3. She remains highly vulnerable. Prolonged neutropenia is of great concern with this condition.

Hillary continues to present as rare and does NOT require blood pressure medication, magnesium by IV, anti-fungal prophylactics, or frequent blood and platelet transfusions like so many other patients do. In fact, her platelets grew on their own from 17 to 32 in the last two weeks, which is extremely rare and promising.

Still, her hemoglobin continues to drop, and she has been struggling these past couple days with fatigue, irritability, and a high heart rate. We are headed in to CHEO for a transfusion, just in time for Halloween.

Supportive care plays a large role in remaining infection free. We follow the numerous guidelines established by our medical team, but also do so much more in our desperate attempt to keep Hillary as healthy as possible. It means saying no to a lot. I hope we end up being proof that it might make a difference. She is just doing so well.

This past week has been particularly….challenging.

The line from the water well to the house broke (after 12 years) so I’ve been driving two hours a day to and from my parents’ house to give Hillary an epsom salt bath. Staying clean is an integral part of Hillary’s recovery since a common bacteria could prove deadly. Living with the possibility of groundwater contamination for a week with a severely immunocompromised child is like walking circles in Dante’s inferno. Quite the lesson in resiliency.

Thank God I’ve come to embrace some of the adversity experienced early on in this diagnosis. Some of the darkest times now seem so meaningful, so necessary — they happened to keep her safe and protected, and for that, my eyes are wide open. Blessings in disguise. Watch out for them.

I’ve also come to appreciate the power of social media. Since day one, I’ve been a member of a Facebook Aplastic Anemia support group which allows me to navigate this rare disease — in real time — along with 3,000 other “fighters” from all over the globe. It is powerful. Every test, medication, symptom, reaction, level, outcome….fear….I can talk to people all over the world before making an informed decision about our care for Hillary. I’d feel pretty alone without it, particularly since there is a significant lack of current research on this rare disease.

Sadly though, I’ve already witnessed four families lose their battle in a few short months — half of them because there was no stem cell match available in the global registry. One fell through at the last minute when the donor failed their physical exam.

After holding stem cells drives in Hillary’s honour at several universities last month (Carleton, Ottawa, Brock, and Guelph), there is another one coming up on November 12 at Algonquin College. This date marks week 12 of treatment…the week we hope to see a rise in all three levels. Another meaningful and moving event in support of Hillary and others in her situation.

Thank you for all of your words of encouragement over these past months. Just because we can’t come to the party doesn’t mean we don’t like being invited. Thanks to those inviting us to stay in the game of life, and for totally understanding when we say no. Hillary enjoys FaceTiming her friends and family and is making the best of her situation.

She met with the Make-A-Wish Foundation who gave her some awesome gifts and told her they are excited to make her wish come true! Wondering which wish gives her so much hope and encouragement.

We had a wonderful turkey with all the trimmings on Thanksgiving at home, just us.

We went and voted together with “McKibbin pizza and park” afterwards, our little family tradition.

The girls are going as creepy porcelain dolls for Halloween. We’re so proud.

Alyssa is good. We are all working very hard to keep balance for our sweet Alyssa, and it’s working. We won’t let up.

Every single night, I lay beside Hillary, holding her, waiting for her blood to grow. I watch her chest move up and down. I hear her dreamspeak. I pray on her. Today is fraught with complications and challenges, but at least we are here to conquer it together.

It’s all just strengthening our armour.

We will win this war. 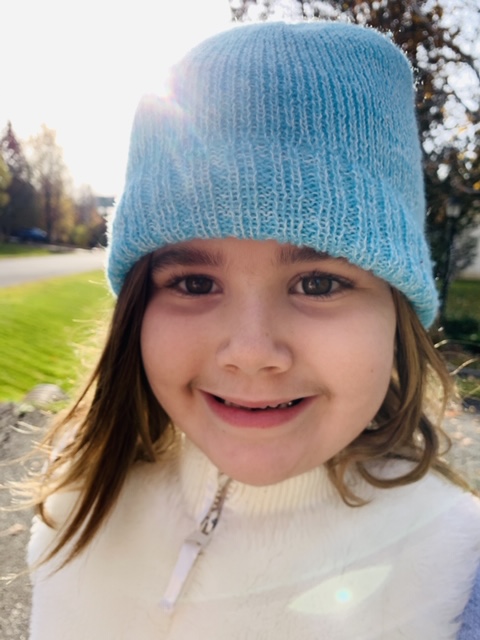 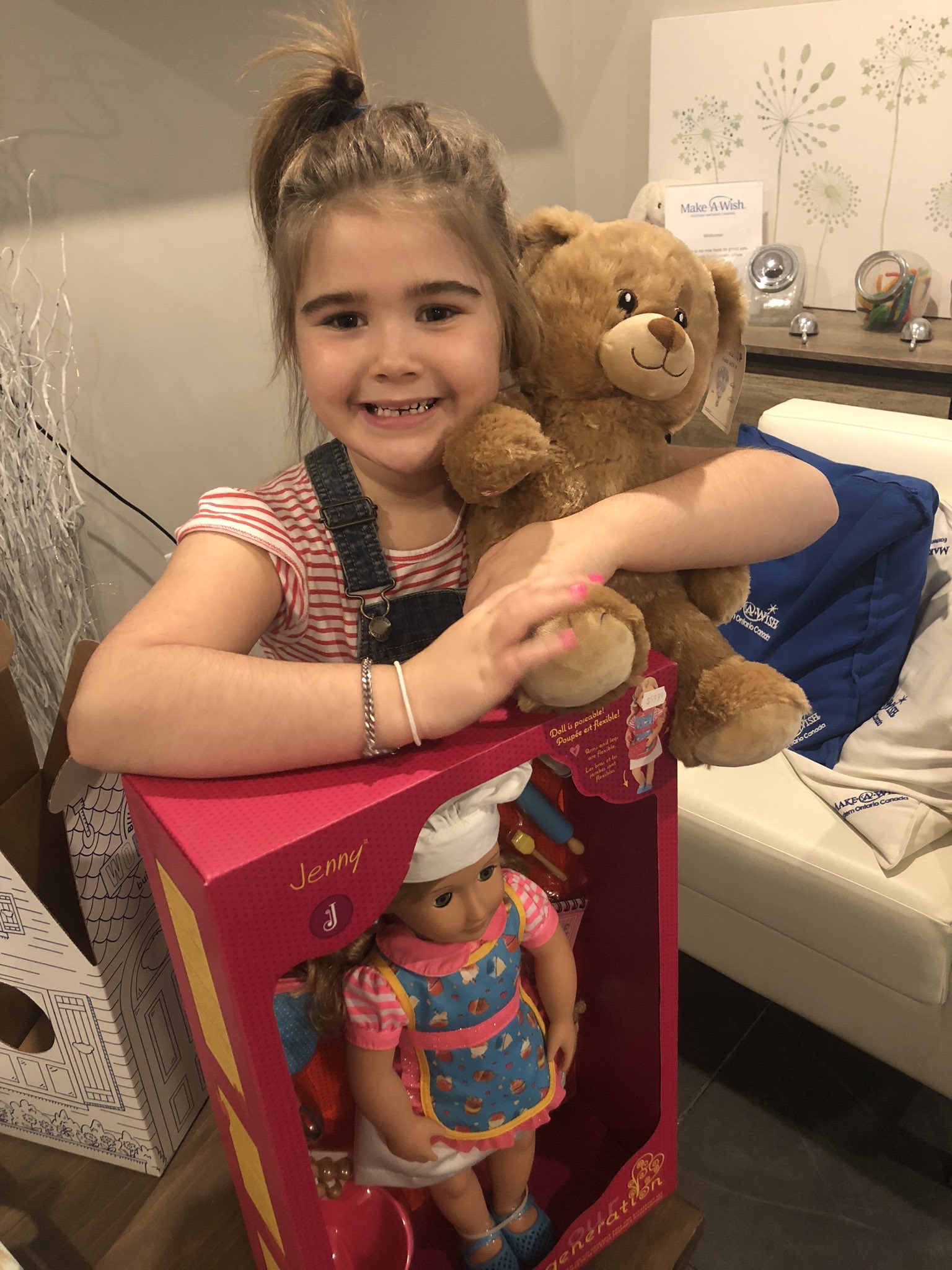 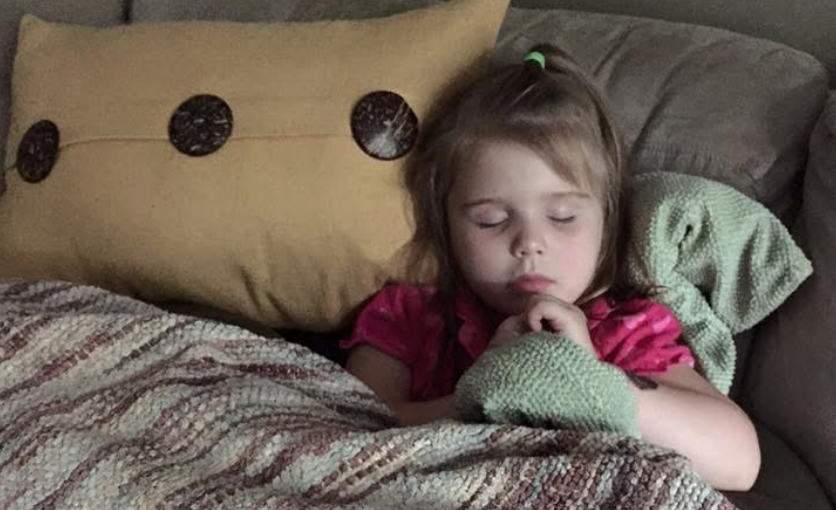